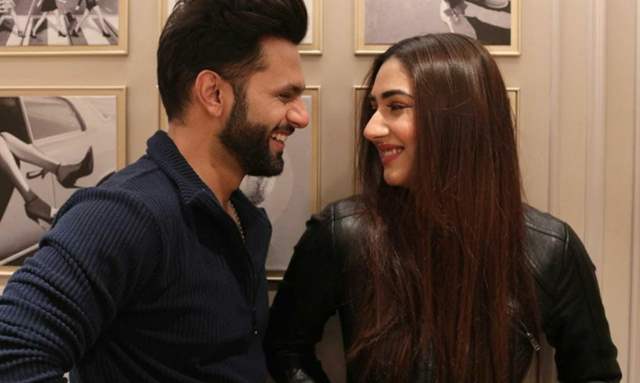 Disha Parmar and Rahul Vaidya have always managed to grab attention and this time is no different as it looks like Disha is missing her beau. While both Disha and Rahul keep sharing photos and posts on social media as they send love and also, often share interactions, this time around, it looks like Vaidya decided to humour us too.

While Disha shared a photo stating how she is counting days and that Rahul must come back already, the singer left a comment on the post stating how he is considering making an exit from the show too. And well, those who have seen his stint in Bigg Boss 14, know what he is referring to.

For the uninitiated, the actor had decided to walk out the door when given a chance, however, he returned later and went on to become a finalist. 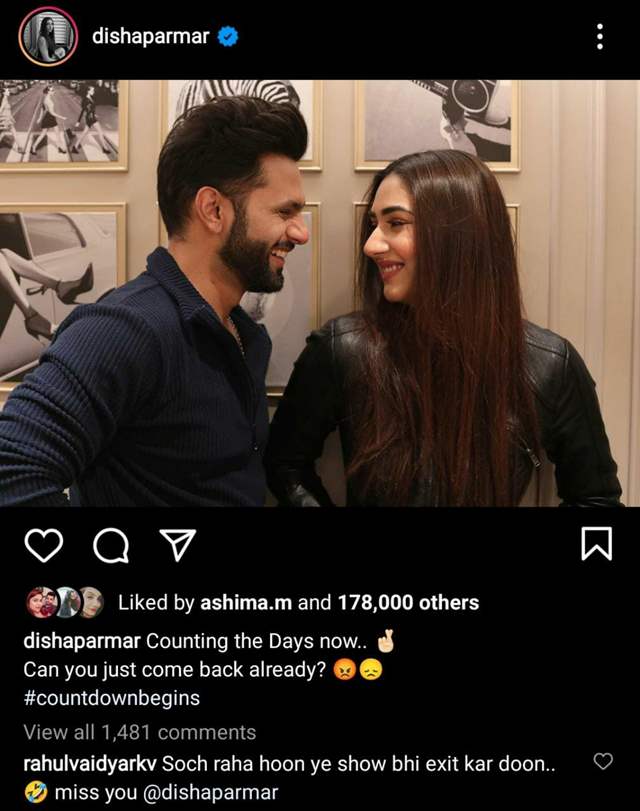 Meanwhile, Rahul is currently in Cape Town, where he is shooting for Khatron Ke Khiladi 11 and Disha seems to be missing him a little too much. The actor left soon after his return from Bigg Boss 14, therefore not giving the two enough time together. On the work front, Disha revealed how she has been waiting for an interesting project to come her way, while Rahul, is definitely on a roll with his music videos, among other projects.