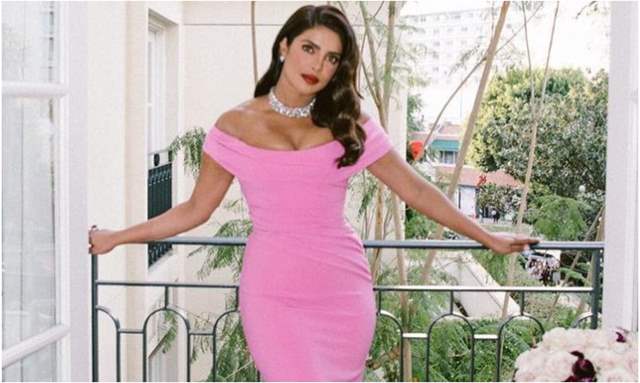 Global star Priyanka Chopra has shared some of her deepest secrets and unpleasant experiences of her life in her autobiography titled ‘Unfinished.’

Right from speaking about facing sexism in the industry to having experienced uncomfortable encounters with filmmakers during the early days of her career, Priyanka has broken silence against all.

According to Zoom, PeeCee has recalled about the filming of a seductive song sequence and written in the book about it. She was required to strip off her clothes, one by one in the song and since it was a long sequence, the actress asked the director if she should wear some extra layers, so that she wouldn't be 'down to skin way too fast'.

"The director suggested I speak to my stylist, so I called him and briefly explained the situation, then passed the phone to the director. Standing right in front of me, the director said: "Jo bhi ho, chaddiyan dikhni chahiyen. Nahi toh log picture kyon dekhne aayenge?" which translates as "whatever happens, panties should be seen. Otherwise, why would people come to watch the movie?" wrote Priyanka.

After this shocking turn of events, Priyanka writes that she quit the project the next day.

"I was ready to go full-out as a temptress in the number. The director's words and tone, though, conveyed that he regarded me in a way that I found unacceptable," she added.

However, she says that her trouble did not end there as the director was so agitated that he visited her on the sets of her another film. At that point, her then co star Salman Khan had  to intervene in the situation.

Besides, Priyanka also opened up about a shocking incident when a director asked her to undergo plastic surgery and get a ‘boob job’ if she wanted to be an actress.

Read about it: “The director stared at me long and hard, assessing me, and suggested I fix my proportions”: Priyanka Chopra

7 months ago What about your nose & lip job surgery?

+ 4
7 months ago I love Priyanka. She is so beautiful and confident. Would love to read this book of hers too. Only thing is the last line. She DID get plastic surgery early on in her career. I wonder if she is going to deny that. I hope she doesn’t.