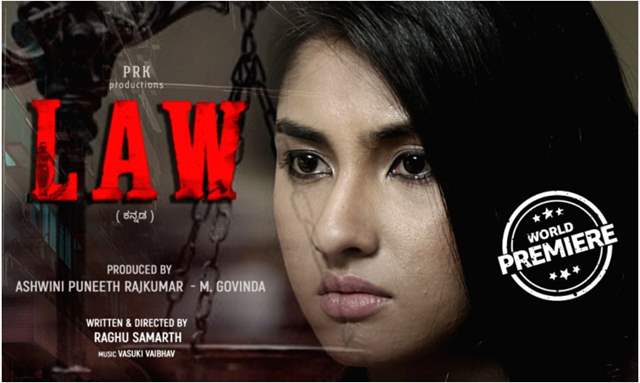 Hitherto, the trailer has received an overwhelming response from the audience and fans have been looking forward to this film. Now, Law director Raghu Samarth revealed that the intent was to focus on the quality of the subject and the content of the cinema.

During a recent interview, he was quizzed about the film and what sets it apart from the content/films available online. He said, “The content and the way this story has been conceived that itself is very unique. Nandini will be seen fighting for justice and all but the way she fights for and why she fights for it will definitely stand apart  from the rest of the cinema. That way the content or the heart of the cinema is very strong I would say.”

Talking about the dynamics of the film and explaining the in-frame details of the upcoming project he explained, “Whenever I look for a project I look for something never heard of or done in the cinema. Even though the content of the cinema might be great but execution of the film does not make an impact. We have tried to work on those aspects as well and at the end people should feel the content is amazing.”

Law is produced by Ashwini Puneeth Rajkumar, M Govinda and directed by Raghu Samarth. The legal Kannada drama is led by Ragini Prajwal who makes her debut as a lead actress and Mukhyamantri Chandru, Achyuth Kumar, Sudharani among others. The film also features Siri Prahlad and veteran actor Mukyamanthri Chandru in prominent roles. Law is the first film from the Sandalwood industry to have a digital release.

The film has been created by Puneeth Rajkumar’s PRK Productions and will launch on July 17, 2020, exclusively on Amazon Prime Video in over 200 countries and territories worldwide.

Samarth Shandilya opens up on his Upcoming short film with Dipanita ...