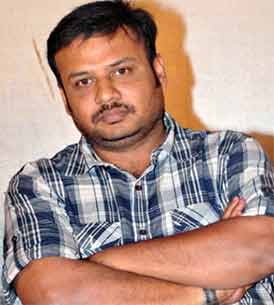 Filmmaker Prabhu Solomon, known for films such as "Lee" and "Kumki", is facing the arc lights for the first time in a cameo role in upcoming Tamil drama "Thavamindri Kidaitha Varama".

"I'm only doing a cameo because the role has a very strong social message to convey. I'm not an actor and I'm better off behind the lens, but because it's a character with a purpose, I agreed to do it," Prabhu told IANS.

He said he didn't have a problem facing the camera.

"I would have worried if it was a big role but this one is a cameo. Therefore, I enjoyed shooting for it and it was quick," he added.

Meanwhile, Solomon is busy shooting for his upcoming Tamil directorial "Kayal" with newcomers.

Rhea Chakraborty Hides her Face, Gets Mobbed as she Arrives at ED to ...

Nakuul Mehta and his powerful narration: Times when he hit ...
4 hours ago