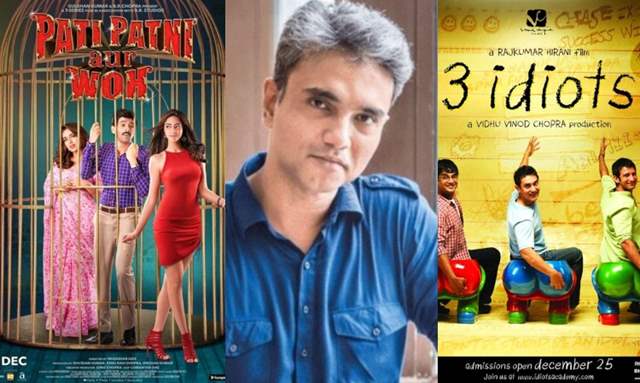 The upcoming film Pati Patni Aur Woh which stars Ananya Panday, Bhumi Pednekar and Kartik Aryan has landed into trouble since its trailer was released. The trailer is seen the wrath of netizens on social media for a particular dialogue by Kartik’s character in the film, that allegedly mocks marital rape.

Kartik’s monologue in the film irked many, who had taken the Internet by storm and slammed the makers for joking around the sensitive topic of marital rape. Which resulted in massive backlash for the same and the makers have released an official statement announcing that the particular dialogue will be edited out of the film.

Filmmaker Mudassar Aziz isn't pleased that he had to ‘mute’ a controversial dialogue that apparently made light of marital rape from his upcoming movie Pati Patni Aur Woh and the director on Thursday said this is not a solution to such a serious issue.

Many called out the actor and the director for poking fun at marital rape. In the wake of the outrage, the makers decided mute the word ‘balatkari’ something Aziz said is ‘unfortunate’.

He said while the word has been removed from the film, the intention of using it was never to make fun of marital rape.

"It was very unfortunate that the word 'balatkar' has had to be replaced. It is unfortunate because I maintain my stand that a 12-year-old needs to know what rape is. The act is wrong, but if you are not going to talk about it and if they aren't going to know what the term stands for, you're going to be a generation that's unaware. Don't stop the word, stop the act," the director said.

Now, Aziz has questioned the duality in people's opinion as he recalled people laughing aloud over a similar dialogue in Aamir Khan's 2009 film, 3 Idiots.

"By muting that word, you're not getting anything. What sort of double standard is it that in one film (3 Idiots) a person reads 'balatkar' 36 times from a letter and everyone was laughing," the director argued.

The filmmaker said, in the age of social media, people have become "finger happy" as they don't try to understand the context of something before commenting on it.

Aziz is upset with the whole scenario and he mentioned that it is fair for one to feel outraged and express opinions over a piece of art, it should not necessarily compel the artiste to make changes to it.

"It's a free country. It can't be that I ask you to let me use the word 'balatkar', but at the same time put forth a condition that no one should react to it. I'm saying let both the ways be open - neither remove my dialogue nor I'm shutting down your reaction. You react, let me use the dialogue and with that, a necessary speech will be created. Nobody is making light of this situation, but if you're not going to talk about it, you're never going to come out from the woods," he added.

Rithvik Dhanjani on Dying To Do a Fiction Show Now Amidst ...
3 minutes ago

exclusive
Exclusive "The character is a very honest person who is very faithful ...
18 minutes ago

'Soulmates' Anthlogy Renewed Ahead of Series Premiere
3 hours ago

'Friends' Reunion Delayed Yet Again at HBO
3 hours ago

"Rhea Is Not Co-Operating With ED; Actor Claims She 'Doesn't ...
5 hours ago