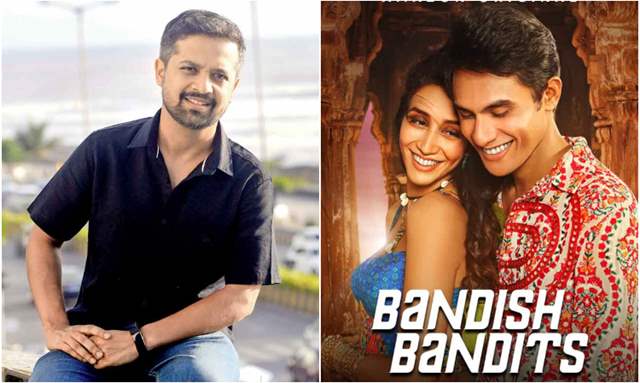 Whenever we watch a movie or show, it is not just the characters that we relate to, but the place where it is shot also influences our minds. The trailer of Amazon Prime Video's upcoming show Bandish Bandit takes us on a musical journey of two individuals, classical Radhe and popstar Tamanna.

Showcasing a musical Gharana from Rajasthan, a major chunk of the show was shot in intricate and beautiful cities of Rajasthan to make it more authentic and realistic. Rajasthan has some of the most ethereal locations that make it a dream shooting destination for directors. Anand Tiwari shares that it was his dream to shoot in Bikaner and Jodhpur and even under extreme weather conditions, the shoot experience will always be a memorable and cherished one. He said, "It was a dream to shoot in Bikaner and Jodhpur because the people are so welcoming and it was amazing. To shoot in the Rajasthan sun in summer was very difficult for the actors as there were times they had to wear sweaters because we were showing winter."

Owing to its heritage beauty, culture, forts, and historical sites, Rajasthan made for the perfect place to describe Radhe and Tamanna's journey. Crucial parts were shot inside the renowned Mehrangarh Fort and Umaidnagar Garh in Jodhpur and several forts in Bikaner were also covered. All these locations had amazing picturesque and its hard to miss out on the beauty that is covered in the show.

Along with the lead actor of the show Ritwik Bhowmik (Radhe) and Shreya Chaudhry (Tamanna), Shankar-Ehsaan-Loy will also make their digital debut with Bandish Bandits. Naseerudin Shah will be seen in a very pivotal role as a celebrated Hindustani classical musician from Rajasthan and the grandfather to the young Radhe.

'Bandish Bandits' is a musical saga that is set to make its way into people's hearts from August 4. It will be streamed on Amazon Prime Video.