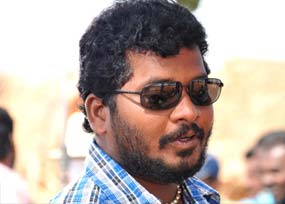 National award-winning Tamil director A. Sarkunam, known for films such as "Kalavani" and "Vaagai Sooda Vaa", is set to don the producer's hat with the romantic-comedy "Manja Pai".

"I will produce 'Manja Pai' under my home production 'A Sarkunam Cinemaz'. It will feature Vimal, Rajkiran, Sundara Pandian and Lakshmi Menon in lead roles," Sarkunam told IANS.

"N. Ragavan, my assistant, will direct the film," he added.

M. Ghibran has been roped in to compose the music and Masani as cinematographer. Deva takes the job of the editor.

Though "Manja Pai" is yet to go on floors, it has already been bought by director N. Lingusamy, who will distribute the film under his banner Thirupathi Brothers.

Saath Nibhana Saathiya 2 to go on air from THIS date?
48 minutes ago