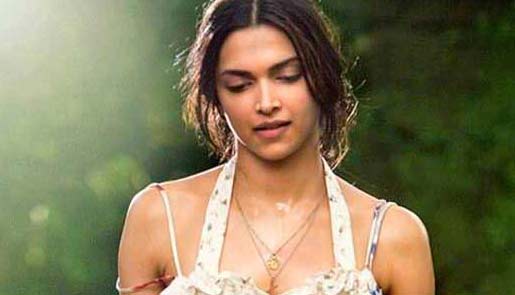 Actress Deepika Padukone says she enjoys a unique camaraderie with her co-star Dimple Kapadia who treats her like a daughter and takes her for outings.

"What I feel for Dimpleji and my equation with her, I can't describe it in words. She took me for lunch and shopping while we were shooting for 'Cocktail'," said Deepika at the 'Finding Fanny' song unveiling here. The two feature in the quirky comedy's cast.

"She pampers me and spoils me. She treats me like her daughter," added the young actress.

The film is coming out Sep 12 and Deepika says that it can be described as a "different" movie rather than bold.

"I will not call it a bold film, it's a different film. When I saw the promos first, I found it to be different. It's refreshing, it's quirky and cool," she said.

Arjun Kapoor, Naseeruddin Shah and Pankaj Kapur join Dimple and Deepika in the cast of the film directed by Homi Adajania.

The best part about "Finding Fanny" is that Deepika got a chance to speak in her mother tongue.

"I completely enjoyed being part of the film as I also got to speak in my mother tongue - Konkani," she said.

"It's a nice feeling when you have a command over your language. We are used to shooting in Hindi, but speaking in English was a different experience altogether."

Arjun said that the film would whet the appetite of those who crave to see something different on the big screen.

"It was just an instant decision. I got an opportunity to work with veterans who made us a better actor."

"I've been sieving through my closet to pick out some of my favourite ...