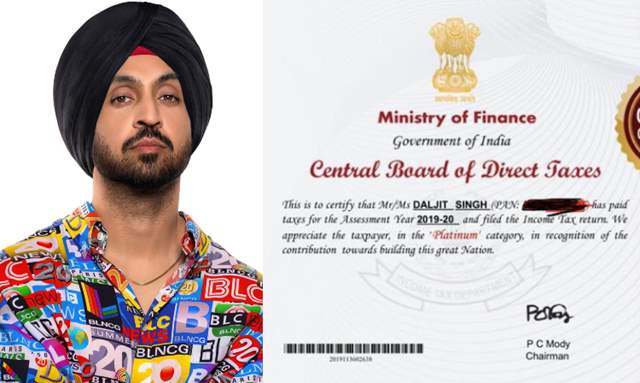 The 36-year-old actor shared a certificate he received from the government earlier, thanking him for his ‘contributions’.

“In Recognition of the Contribution Towards Building THIS GREAT NATION”

The tweet comes after a complaint filed by the Legal Rights Observatory (LRO) surfaced on the internet. It alleged that a probe against Diljit and a Punjabi label company Speed Records was initiated for bankrolling the ongoing farmers’ protest in India.

Diljit Dosanjh was recently seen supporting the ongoing farmers’ agitation and even took a dig at Kangana Ranaut for her remarks on Twitter.

Diljit Dosanjh reveals if not Music or Acting, “working in a Factory ...