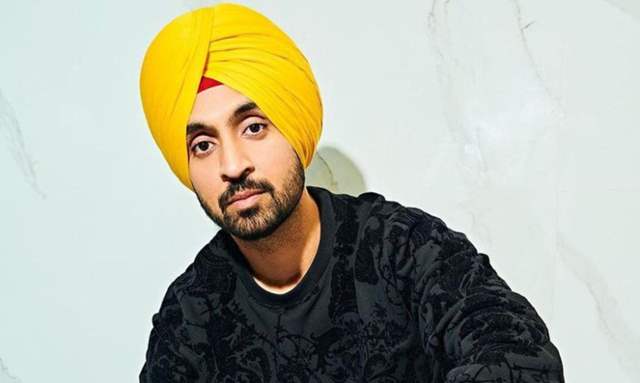 Singer and actor Diljit Dosanjh has made it big in the music and film industry in no time. Being one of the most celebrated stars who enjoy a massive fan-following, Diljit has definitely worked hard to carve a niche for himself where he stands today.

"I was always told that without a godfather in the industry it would be difficult for me to make a mark, but I always believed that if I made constant efforts, I would be successful. It would definitely take time, but I would be rewarded for my hard work," said Diljit in an episode of Audible Suno's show ‘Kissa Khwaabon Ka’.

The Udta Punjab actor recalled his childhood memories who was born in a village in the district of Jalandhar and forayed into the world of music by singing Gurbani or Sikh hymns, for which he took training in Hindustani-classical music.

"During my childhood, I only watched movies starring Amitabh Bachchan and Dharmendra at home. I loved the fight scenes. The only movies apart from these two stars that I watched were of Rajinder Kumar. I've always had a strong connection to hill stations and that's the reason I chose movies by Rajinder Kumar," he recalled.

Dosanjh released his first album, 'Ishq Da Uda Ada', at the age of 20. That was when he also changed his name to Daljit. The album's title song got its own music video, but a young Diljit looked completely out of place.

The singer-actor plunged himself into the music industry with only one back up plan.

There was a point in my life when I didn't do anything except practice music. Working in a factory was my backup option.

Although, his first album, 'Ishq Da Uda Ada' faded soon after its release. The 36-year-old actor maintained that it took a while for him to understand the business aspect of showbiz.

"Even after my first album was released, I didn't know how I would make money out of it. It was only when this one guy came up to me and asked me to do a show in return of about Rs 2,500. I understood the process," added Diljit Dosanjh.

On the other hand, Diljit continues to win hearts for his responses to the actress Kangana Ranaut. The two have been engaged in a Twitter battle for their views over the new but controversial farm laws.

He is being praised by celebrities, journalists, activists, and a host of other people for standing up to Kangana for her unsavory comments on the ongoing farmer protests and Shaheen Bagh activist Bilkis Bano.