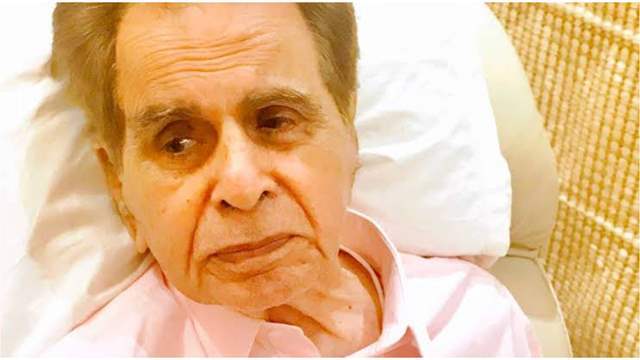 A few days ago, veteran actor Dilip Kumar was rushed to the intensive care unit (ICU) of a city hospital as a "precautionary measure" following complaints of breathlessness.

Kumar’s family friend Faisal Farooqui has now shared an update on the actor’s health and confirmed that he is stable. While speaking to ETimes, he also shared that the 98-year-old screen icon will be discharged in a few days.

"He is stable. He continues to be in the hospital on doctor's advice so that doctor can provide necessary medical attention given his age. The family believes he will be discharged in a day or two.”

The news of Dilip Kumar’s hospitalisation had created a frenzy among fans as it was only recently that the actor had underwent treatment at the same hospital in Mumbai last month.

The legendary star was admitted to Hinduja hospital on June 6 after he complained of breathlessness, and he was later diagnosed with bilateral pleural effusion, a build-up of excess fluid between the layers of the pleura outside the lungs. He underwent a successful pleural aspiration procedure, and was discharged after five days on June 11.

Besides, another veteran actor Naseeruddin Shah too has been admitted to the same hospital and is undergoing treatment for pneumonia.

+ 5
2 months ago wishing him and naseeruddin good health