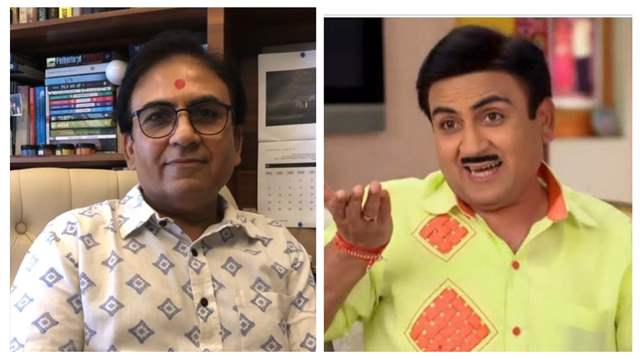 Even though it might not be a deal all the time when multiple actors decide to join social media and announce their arrival only because they might not be as popular as others, but at times, it is a huge deal.

While your Kareena Kapoors and Jennifer Anistons arrival maybe the talking point in the world (when they did) garnering millions and millions, some arrivals even if not fetching millions are as special as they can get.

Actor Dilip Joshi who has immortalised the character of Jethalal in India's longest-running sitcom Taarak Mehta Ka Ooltah Chashmah has become the latest one to mark his arrival on Instagram.

Yes! That's right. Joshi, even though not tech-savy or frequent on social media did have a Twitter account all this time where he would exhibit his thoughts and opinions time to time.

But, he marked his arrival on Instagram now and did so with the the most adorable images. The first image he shared was a candid laughing one where he is in the frame with his mother and brother.

And his latest post is him confirming his arrival on the platform thanking everyone for their love and following him. He also requested people with fake accounts to stop doing it and spread love-

His humor prowess is shown once again where he has quirkily named his username as 'maakasamdilipjoshi' which is a common way of people exclaiming in Hindi when they see a celebrity.

Welcome to the world of social media Sir.

Riddhima Kapoor Finally Arrives In Mumbai To Be With Her Family After ...

Nature-Happiness 11 days ago Maza aayega na bhidu...😜😜😂😂 So happy to have you on Instagram sir!! Yay!!