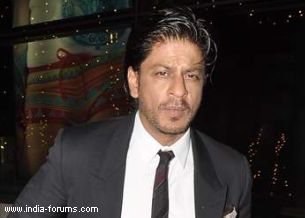 Some films are evergreen and for superstar Shah Rukh Khan, one such film is his love story "Dil To Pagal Hai".

The film, released in 1997, was a love triangle and with him starred Madhuri Dixit and Karisma Kapoor. It was directed by Yash Chopra, who passed away Oct 21 last year.

Rhea Sharma to be seen in Ekta Kapoor's next?
an hour ago