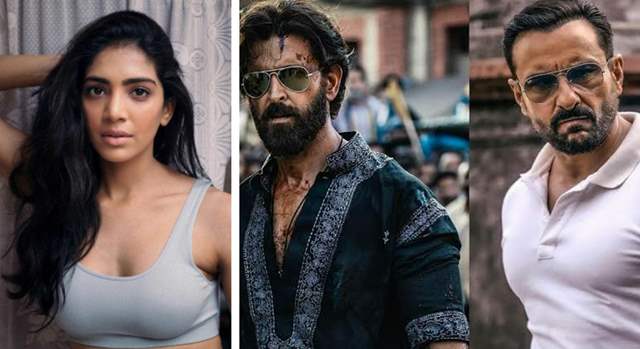 Actor Yogita Bihani has managed to make quite an impact with her TV innings so far. Having made her fiction debut with Dil Hi Toh Hai, the actor did not just manage to attain a lot of love but also managed to have three seasons of the Sony TV show that continued on digital platform.

But it was her work on the film AK vs AK that put her on the map in the most unique ways possible. While she had a short role in the film, it has her work with the camera that was applauded and she was mentioned about multiple times by both Anurag Kashyap and Anil Kapoor.

And it seems that she is set to make an official noticeable on-screen debut with the upcoming mega film, Vikram Vedha, The film stars Hrithik Roshan and Saif Ali Khan in lead roles and Bihani herself went on to post an image that confirmed that she is a part of the film and will be seen playing the role of Chanda. Her caption read, 'Chanda #onset #VikramVedha'-

Vikram Vedha is the official Hindi remake of the Tamil film of the same name, which released in 2017. The film was directed by Pushkar and Gayathri. The Hindi remake will release on September 30. R Madhavan, who was a part of the original Vikram Vedha, also praised Saif Ali Khan

+ 8
4 months ago Congrats Yogita Really happy for her

+ 6
4 months ago She is such a good actress. Good luck to her

+ 5
4 months ago Oh wow so she is playing the role that Varalaxmi Sarathkumar played "Chandra" in Hindi they are calling it Chabda. It was a very very powerful role in Tamil. Good for her and now lets see who plays Saif's Wife which is also an important role. She will be the lawyer!!

+ 10
4 months ago Wow what a big breakthrough for Yogita. I liked her in Dil hi toh hai