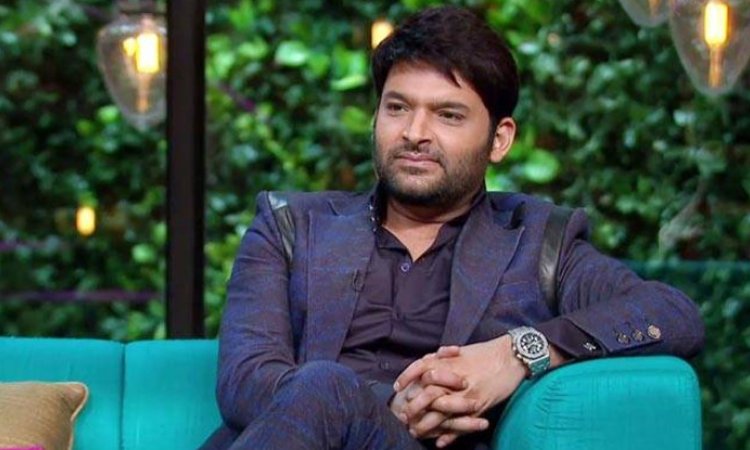 At the trailer launch of his second film "Firangi", Kapil opened up about the incident in which during a flight from Australia to Mumbai, Kapil had reportedly physically assaulted Sunil.

Clarifying his stance, Kapil said: "When you move with such a huge team, you have to manage a lot of things and I am really bad at it, I will say that much. Touchwood, we have been working together for many years and I would like to repeat it one more time, I didn't actually fight with Sunil Grover at all. It didn't happen."

Sunil famously essayed the role of Mashoor Gulati, a doctor, in "The Kapil Sharma Show".

Narrating what exactly happened during the flight, Kapil said the fight happened with comedian Chandan Prabhakar, and not with Sunil.

He said: "When we reached Australia, since the first day, my mood was really bad. I was juggling so many things, I was shooting the show and for other things. During that time, my film's artiste died. I was so nervous and turned so negative."

"I wanted to cancel the Australia show but couldn't and before the show, a girl came to me complaining about a guy who happens to be my childhood friend, Chandan. I scolded him."

"I had to perform for one and a half hours and that girl and boy artiste had 10-minute stints. My whole thing was, 'You are bothering me with this when I have such a long performance ahead'. I am a little impulsive."

"Chandan went missing for five days. I wanted to meet him and apologize because I didn't listen to his side of the story. I saw him one hour before the Australia flight and I lost it again and I used cuss words again".

Kapil also said he has no issues with Sunil.

"I love him. I like to work with the best of people. When I was doing 'Comedy Circus', I used to tell people, 'I met this guy Sunil Grover in 'Hans Baliye'. 'Let's get him, I saw his show, I liked him'. When you work with the best, you learn a lot."

"Sunil and I, we have known each other for nine years now, and we have been working together for five years. I don't have any problem with Sunil, but had I been in his place, I would have definitely asked one time that 'I haven't seen you like this in five years, why are you behaving like this?'"

"Maybe nothing would have happened. But still nothing has happened, I love him," Kapil stressed.

Kapil also took a dig at the media for the speculation regarding the 'fight'.

He is currently excited about "Firangi", a period drama film set in the year 1920. Directed by Rajiev Dhingra, the movie also features Ishita Dutta and Monica Gill. It will release on November 24.

5 years ago Liar liar pants on fire. Such a big liar, why in first place he owes an apology.

+ 3
5 years ago Liar!! He tweeted an apology to Sunil and now taking U-Turn that he never fought with him.