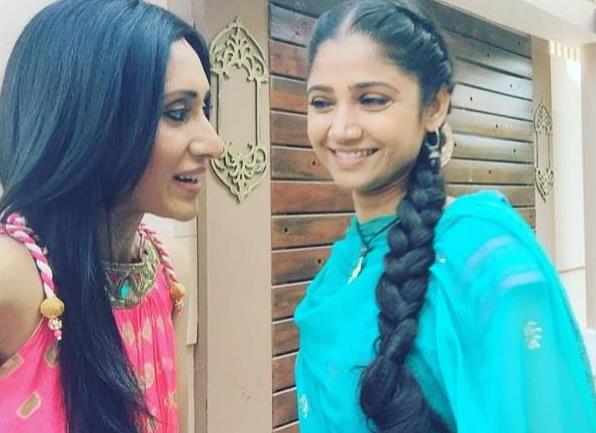 VJ, model and actress, Teejay Sidhu is one of the most chic celebs in our industry.
While the lady has recently signed a three year contract to shoot for Santoshi Maa on &TV; Teejay claimed that she is already having a blast on the sets, having found a friend in Ratan Rajput.
Expressing the rapport she shares with Ratan, she averred, "I have known Ratan even before she started her career in the television industry. When I participated in Nach Baliye 4 (Star Plus), my choreographer mentioned about Ratan being her roommate and her wanting to try her luck into acting. She has worked hard and come a long way. I met her after ages and I must say, she has no air about herself and is very humble and grounded."
"In terms of sharing tips, Ratan has strictly told me that she will not converse with me if I talk in English because I need to get a hang of the language and it will only improve if I converse more often in Hindi." she added.
Way to go Teejay!
Shachi Tapiawala Rathod
2 Likes

Budtameez 7 years ago Just like Rakhi Sawant and Rakhi's Xerox copy Veena Malik, Bimbo Paris Hilton will do anything and we mean ANYTHING for publicity to keep her name alive in media!!

Even after seven decades of independence, are we really ...
11 minutes ago