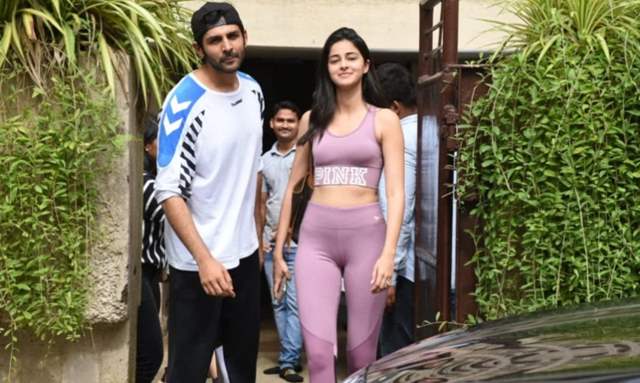 Currently, Ananya and Kartik have been shooting for their upcoming project Pati Patni Aur Woh and the film addresses the issues related to extramarital affairs. The film has already been in trouble due to it a monologue that that allegedly mocks marital rape.

Now, while the fans are already confused about the whole episode, Kartik’s recent tweet has added more confusion to the same.

A few hours ago Ananya took to her Twitter handle and shared a picture of herself in a conversation with Kartik. She also wrote: “the only person I know who talks more than I do behind the scenes on our first day of shoot for #PatiPatniAurWoh and now just a week for it to release!!! #6thDecember #1WeekToGo”

It clearly seems Kartik shares a rather special bond with the young actress. And he had the best reply to her tweet. But we suspect that it could be more than just a tweet.

He wrote: And u know this person since a year now #ChintuTyagi is damn excited to celebrate his first anniversary with #Tapasya in dec

Is it a confession?

Did Kartik just hint at his feelings for Ananya?

Well, we can't be certain as of yet until they come out in open and talk about their relationship.

What are your comments about the same?