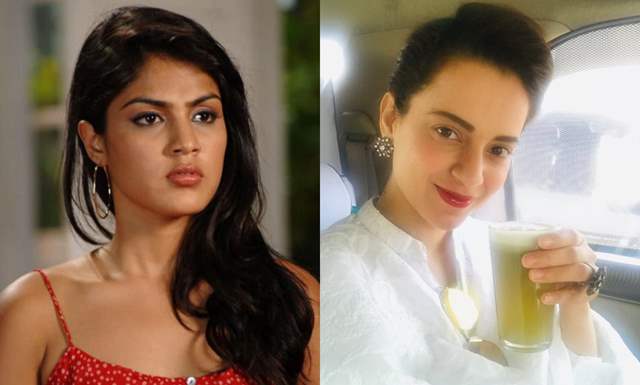 Earlier today Kangana Ranaut took to her Twitter handle and uploaded a picture of her sipping sugarcane juice. However, the surprising part was her educating people about the ill-effects of consuming drugs and how they are bad. While she tried not to point any fingers, but it seems she’s secretly taking a dig at Rhea Chakraborty post the drug allegations.

He Tweet read: “Drugs might take you high for sometime but inevitably it throws you down in to the depths of depression, consume things that only take you up never down,earth has so much to offer,look at this freshly squeezed chilled sugarcane juice with a pinch of pink salt and lemon juice”

While she hasn’t mentioned or tagged Rhea directly in her post, fans suspect that it was in regards to the Jalebi actress and the recent allegations against her.

Kanana Ranaut also claimed that she too had experienced the sinister ‘world of drugs’ post the uncovering of drug angle in Sushant Singh Rajput’s case.