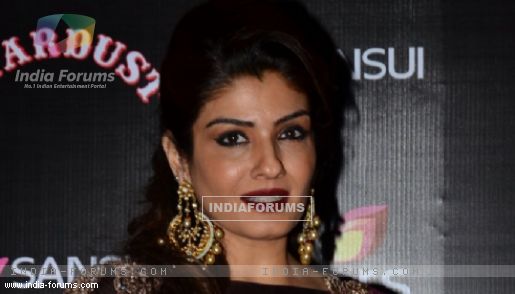 The 'will she' or 'won't she' questions on Raveena Tandon's appearance in "Bombay Velvet" has for long been around. Setting the record straight, the actress says she is a part of the film.

The actress took to micro-blogging site Twitter to clear the air around her appearance in Anurag Kashyap's directorial, lauding its storyline and music.

"Too much hype around my appearance in the film,I have done it for fun and only because I love the film and the music of 'Bombay Velvet'," she tweeted.

The actress also said that she never denied being a part of the movie, but was unclear whether she will appear after film's editing.

"When asked all the time about it, all I said was 'I don't know if I will be there also or no in the final edit as film is in the editing stage'.

"Didnt think so many stories wld come out of 1statement, lot of Twitter friends askd me, thought shld let d noise die down say this for once," she further tweeted.