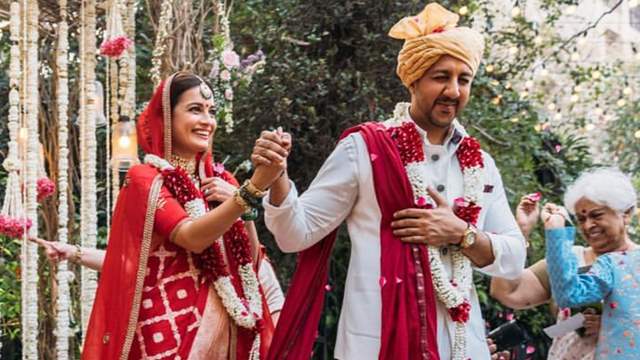 Bollywood actress Dia Mirza tied the knot to businessman Vaibhav Rekhi in a dreamy wedding on February 15, 2021. While her wedding was extremely intimate and a private affair, she has set an example for generations to follow.

Dia opted for a ‘eco friendly’ wedding and shares the five steps how they planned a sustainable function. In a video with Brut India, the actress shared that they chose for handmade gifts instead of lavish wedding invites. They bought 'hand-crafted woven baskets from artisans in Meghalaya and sent everybody a plant'.

Speaking of the decor, Dia shared that they wanted an 'earthy wedding', and they went for 'hyper-local' flowers, that were on hire and recyclable. As all the decor elements were natural and locally available, it helped to reduce the carbon footprint of transportation.

Next up, she shares that the couple ensured no food waste at their wedding. They knew exactly how many vegetarians and non-vegetarians were attending the wedding, and did food-plating accordingly.

Going the sustainable fashion way, Dia also added how she went for a saree and not a traditional wedding lehenga so that she could put the garment to use even after the ceremony. “We tend to make garments that we can only wear once, and never wear again, and that is unfortunate," she said. "The last time around, I auctioned my clothes, and this time, I made sure that I got a garment that I could wear again and again."

And lastly, Dia Mirza stated that they had zero plastic at their wedding. She said they chose to spend extra on glass bottles, instead of saving money by buying 'those horrible little plastic bottles they serve water in'.

Previously, Dia was also praised for shattering stereotypes by getting a woman priest to preside over the ceremony. 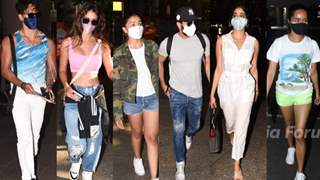 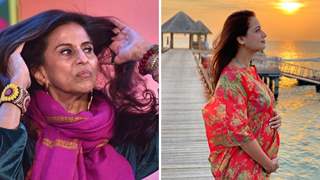