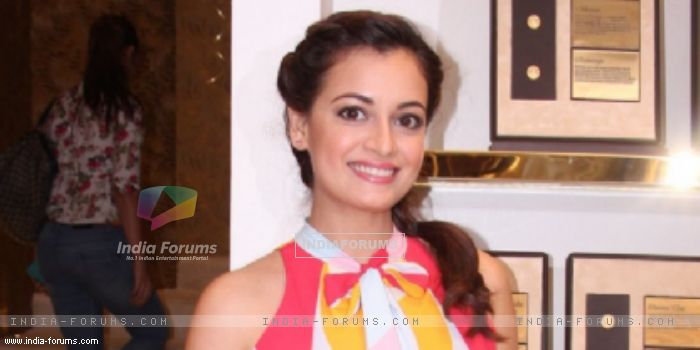 Actress Dia Mirza, who has been awarded Valerian of Environmental Issues by the makers of the film "Valerian and The City of a Thousand Planets", says she is grateful for being acknowledged for doing her bit.

"I think as citizens of this planet, it is incumbent upon us to become more socially and environmentally aware and I'm just grateful that I have been acknowledged for doing my bit. I hope to continue to do more," Dia, who received the honour on Thursday, said in a statement.

The actress also thanked the makers for calling her the "Valerian of Environmental Issues".

"This is a really, really sweet honour coming from a team of a film that is standing for what's good and working towards making a change, much like all the people who I support and champion the cause of," she added.

Dia, known for her work in Narmada Bachao Andolan and Swachh Saathi, has also been the brand ambassador for Wildlife Trust of India.

PVR Pictures's "Valerian and The City of a Thousand Planets" is releasing in India on July 28.