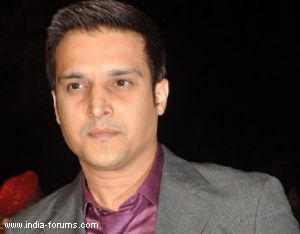 Tigmanshu Dhulia has once again teamed up with Jimmy Shergill, this time for 'Valmiki Ki Bandook'. A satire on Uttar Pradesh's gun culture, the film will be shot in the Chambal Valley

Dhulia had directed Jimmy in 'Sahib Biwi Aur Gangster'. But with 'Valmiki Ki Bandook', Dhulia is associated as the creative director, while his assistant Karan Bhutani will weild the megaphone.

'The locations would be real, true to the script. The film is a satire, with rustic looks and language from the heartland. We will start our first schedule from Chambal,' said Bhutani.

'Valmiki Ki Bandook' is being produced by Vidisha Productions and it will go on floor as soon as the rest of the cast is finalised.