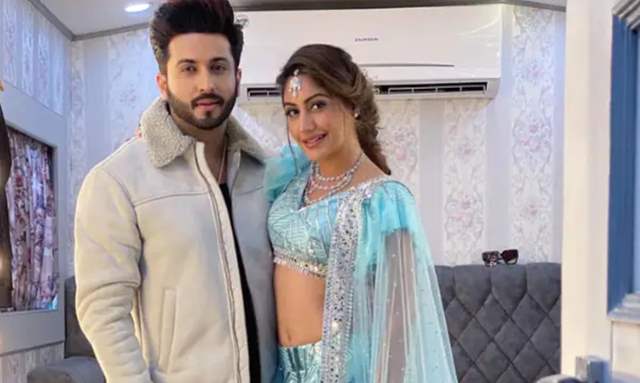 For most television stars, catching up with friends from the same industry is not as easy as it seems. One of the biggest constraints for them is the time since they are super busy besides their untimely schedules and odd working hours do not allow them to catch up with each other as much as they want to. Nonetheless, they all find time to meet up with each other once in a blue moon no matter what.

Recently, Dheeraj was seen striking a happy pose with his female co-stars during the holiday season and among festivities. Dhoopar who has over 1 million followers on his Instagram handle is always admired by his fans and they wait for his pictures like how! Dhoopar did not disappoint them and posted a few of them giving us super squad goals and setting the temperature soaring with these clicks!

Donning the best of outfits, they looked fabulous pouting for the shutterbugs. Dheeraj Dhoopar and Shraddha Arya have been great friends since the beginning. Incidentally, Shraddha is friends with his wifey dear too. Dheeraj Dhoopar was also seen posing happily with his ‘Sherdil Shergill’ costar Surbi Chandna.

Apart from them, he was seen hanging out with Simran Sachdeva and Aamna Sharif, a television actress known for portraying Kashish in ‘Kahin To Hoga’ and as Muskan in ‘Hongey Judaa Na Hum’. According to the Sherdil Shergill actor, “Being friends with my co-stars has been fabulous in every sense. Not only is it easy for me to connect with them while acting, but I also feel super comfortable on the set. Above all, I love to go partying, catch up for coffee, and much more with them and it’s fun!”

Well, Dheeraj, with the kind of camaraderie we keep seeing through your posts and the vibe you share with them on and off work, we could not agree more!