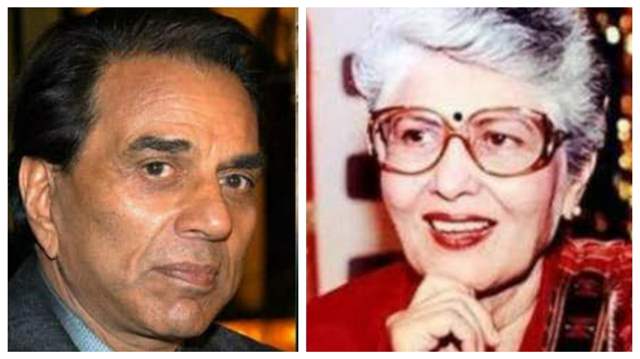 With an array of instances, COVID-19 cases are back on the rise and deaths have also become more apparent than ever. But apart from that, another death also occurred and shocked many yesterday in the form of veteran actor Shashikala.

One of the finest actors over the years, she has played an array of roles and worked with legends ranging from Dharmendra to Shahrukh Khan and others. In an interview with SpotboyE, Dharmendra opened up on the demise of Shashikala saying, “We have done some of our best work together. I can’t remember all the films we worked together in. But three of my most favourite films Anupama, Devar and Phool Aur Patthar had Shashikala in very prominent roles."

He added, “She was my senior, she had done many films when I started my career. I think the first film we did together was Anpadh where Mala Sinha played the title role. The movie is remembered to this day for Madan Mohan Saab-Lataji’s melodies. I was a nervous  semi-newcomer, Shashikala put me  at  ease. ‘Ae  Dharam, aao  hamare  saath khana khao,’ she  would ask me  to join her  for lunch during shooting.For  a newcomer  such  warmth from a senior is  never forgotten. She taught me  to be  nice to newcomers."

"She was typecast as a vamp.  And her most famous role as a vamp was with me in Phool Aur Patthar where her  song Zindagi mein  pyar karna seekh le became a big hit specially the  catchphrase ‘Phishigala phishigala’. Hrishikesh Mukherjee changed her image in Anupama one of my most favourite films. She was  nice in a positive  role. I  wonder  why she  didn’t play more positive  roles. She was a gem of a person in real  life. Aise hi unhone  Pran Saab ko typecast kar diya(they similarly typecast Pran)", Dharmendra reminisced.

Signing off, Dharmendra said, "She cut herself off completely from the film industry and moved to Pune with her family. Luckily she didn’t have to  die  a lonely death  like that other fine  actress Lalita Pawarji whose decomposed  body was  found in her home days after her death. Fame is fine.  But family is more important."