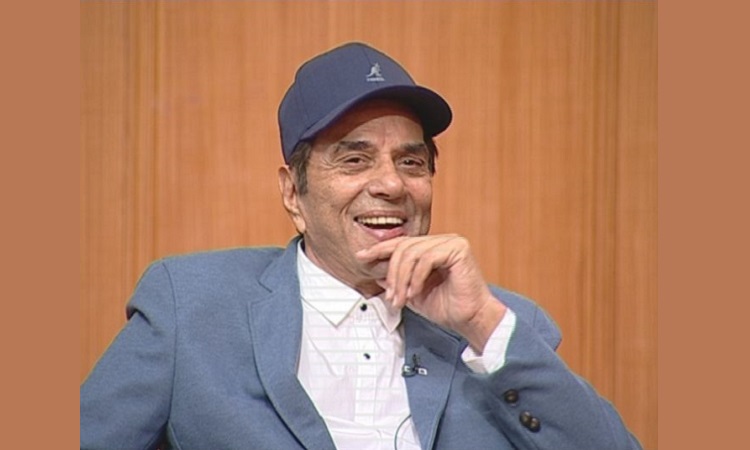 Superstar Dharmendra, who has often shared screen space with his children and actors Sunny and Bobby, says that "poor" star sons often face a lot of criticism from people.

The octogenarian Bollywood veteran has backed his sons' films like "Betaab", "Ghayal" and "Barsaat" as a producer. He has even acted with them in movies such as "Apne", "Yamla Pagla Deewana" and most recently "Yamla Pagla Deewana Phir Se", which released last month.

Asked about the pros and cons of working with his children, Dharmendra told IANS here: "If the subject is good, then everything is good. You can make out the chemistry between us. They are good and loving kids. They listen to me. I also listen to them. There is no complex. It's so easy to work with each other.

"Otherwise, we can't tell other artistes to do 'this' or they can't tell me to do 'this'. It's a very delicate matter. We discuss and work together."

He can't point out the negative things about joining forces with his family, but he feels that star sons are often compared to their famous parents.

"It's negative for them. People make it little difficult while comparing star sons. People often compare and say so and so is star son. They face some problems for sure because of that. People say 'he is not like his father'. They have to face so much of criticism... poor star sons," said the "Chupke Chupke" actor.

Like him, Sunny is set to launch his son Karan Deol in the upcoming film "Pal Pal Dil Ke Paas". Will Dharmendra also act in it?

"No, I am not there. Sunny did it himself. They should come up themselves. If we get a good story, then we will work together also," he said.

In the '70s and '80s, the veteran actor starred opposite his wife Hema Malini in various films including "Sholay", "Seeta aur Geeta", "The Burning Train" and "Razia Sultan". They even teamed up for their daughter Esha Deol's film "Tell Me O Kkhuda" in 2011.

Asked about working with them again, he said: "To be frank, we are not getting good scripts. If you don't get a good script and one or two films don't work, then it becomes boring. We had made 'Tell Me O Kkhuda'. The script wasn't good, so maza nai aya (didn't have fun)."

Be it with his family members or others, he will continue acting as long as he can.

But even lifetime achievement awards can't put an end to his over five-decade long career.

"There are so many people who love me. They are awards only," said the actor, who is fondly known as He-Man or Garam Dharam.