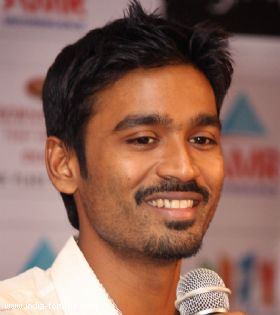 Dhanush-starrer Tamil film "Vellai Illa Pattathari" is slated for release July 18, and its director Velraj says that the actor, who is a pleasure to work with, chipped in with suggestions for the script wherever needed.

"This is the first time I've directed Dhanush. The experience was so different from working with him as a cinematographer in his films previously. Besides acting, he even took interest in suggesting changes to the script," Velraj told IANS.

"He took special interest in the script because this happens to be his 25th film. He never demanded changes, but politely requested to find out if changes would work in the film's favour or not. He was a delight to work with," he added.