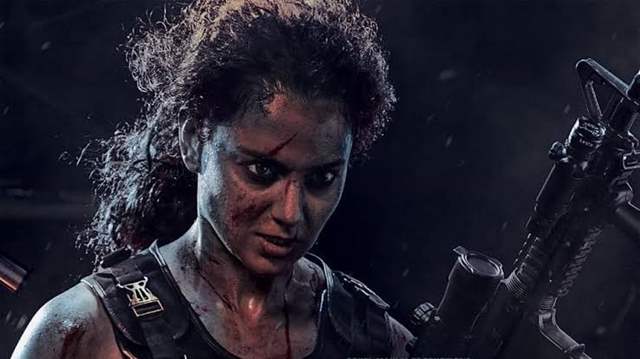 Kangana Ranaut is all set for her upcoming film Dhaakad. Kangana announced the release date of her upcoming film, 'Dhaakad,' on her Instagram account on Monday. The film is slated to release in four languages all across the country on May 27, 2022, including Hindi, Tamil, Telugu, and Malayalam.

She shared a new poster of the movie where Kangana is shown in her action persona as agent Agni. With the poster, she penned, "The unstoppable force of #AgentAgni is fast approaching! The action spy thriller #Dhaakad will set the big screen on fire in 4 languages - Hindi, Tamil, Telugu & Malayalam on 27th May 2022".

Dhaakad is regarded as an action-packed drama about child trafficking and women oppression. While Kangana Ranaut will be seen as a badass agent, Arjun Rampal will play an anti-hero figure. Divya Dutta plays a pivotal role in the film.

The filmmakers had planned to release the film in April of this year. However, it's thought that they stayed away since there were too many releases in April.

Meanwhile, Kangana made her OTT reality show hosting breakthrough with 'Lock Upp.' In the show, 16 celebrities such as Poonam Pandey, Babita Phogat, Sara Khan, Karanvir Bohra, Saisha Shinde, and others will be imprisoned for months with no access to the outside world and will compete for the title of winner. The show was launched on ALTBalaji and MX Player on Sunday.

Tejas, Kangana Ranaut's next movie, will be released in theatres across the country on October 5, 2022. Ranaut will play an Air Force pilot in the film, which is helmed by Sarvesh.

4 months ago I hope this piece of shit film fails miserably. Kangana Ranaut sucks. Shitty actress and shittier human being.