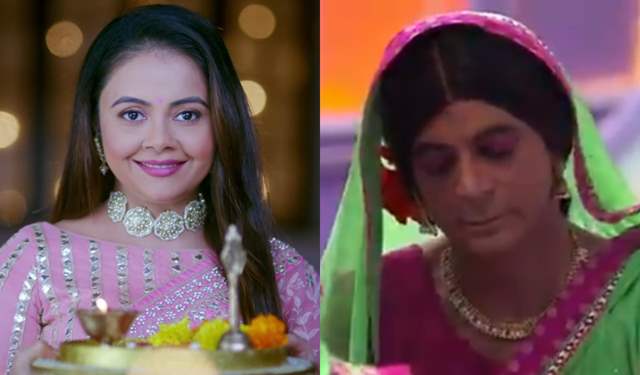 Saath Nibhana Saathiya 2 has been in the news off lately and rightly so. Ever since the rap video created by Yashraj Mukhate went viral, the makers took this time out to make the official announcement about the return of the show and while it will feature Harsh Nagar and Sneha Jain in lead roles, actors like Devoleena Bhattacharjee, Rupal Patel, and Mohammad Nazim will be reprising their roles.

And now, a video that seems to have caught our attention is that of Sunil Grover creating a rip-off version of Gopi Bhau on Gangs of Filmistan, and he calls it Topi Bahu. While the video sure has been garnering a lot of attention, it also seemed to have gotten Devoleena aka Gopi Bahu's attention.

In a reply to Grover's post, she went on to write, ''Thank you for sharing ideas for SNS 2. Very tough competition.''

Check out the reply and the video here:

The video that Sunil shared shows a rather humorous way of the actor doing makeup and well, the audiences too, can't seem to get enough of it after all! None the less, this sure is a step ahead from the entire laptop washing scene that has gone viral time and again, isn't it?

What do you have to say about it? Drop your comments in the section below!