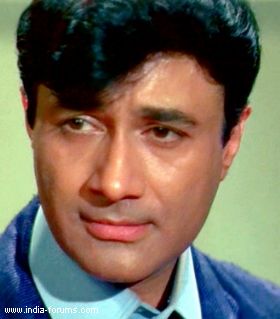 The Hindi film industry mourns the death of legendary actor Dev Anand, who died of a heart attack in London. Amitabh Bachchan says he has left a void that will not be filled again and Anupam Kher pays tribute remembering his song 'Ahbi na jao chodkar', which became an integral part of his life.

Dev Anand died in London Saturday night. Mourning the demise of the legend, film fraternity Sunday took to Twitter to express sadness over the era that had ended with his death.

Amitabh Bachchan: 'An era has come to an end .. Dev Anand leaves a void never perhaps to be filled again .. his never give up belief, his joy of life ! Had just met Dev Saheb at his premiere recently .. he was weak but full of spirit ..the newspapers confirming his passing away..He was such a positive person .. never associated death with him.'

Anupam Kher: 'Just heard the sad news about Dev Saab. Somehow believed he will ALWAYS be there with us. My first hero...An Institution of optimism. RIP...Dev Saab was Kind, Passionate, Courageous, Forthright, Charming, Encouraging, Contemporary, Always a leader and a Great Human. Will Miss him...So as a Tribute to Dev Saab let's only humm his Songs today. Songs which became such an integral part of our lives. 'Ahbi na jao chodkar...'

Shreya Ghoshal: 'Dev Anand Sa'ab is no more.. Rest in peace...Do you like 2011? We lost so many legends this year... Its true. This year we lost many greats... What legacy of great films n music! He indeed was a man of excellence and passion for cinema.'

Dia Mirza: 'Rest In Peace Dev Saab... Your chivalry, charm, optimism and your great body of work will never be forgotten.'

Mahesh Bhatt: 'Dev Anand is dead. As the new dawn breaks over Mumbai, I salute the memory of this star who has left us with the glow of his smile.'

Shabana Azmi: 'Dev Saheb robustly lived life on his own terms...he will be missed by millions but will live on thru his movies... I salute his spirit.'

Goldie Behl: 'Rip dev anand ... spread love & a never give up attitude just went ahead and did whatever he wanted... My favorite actor!!!'

Dabboo Ratnani: 'Saddened by the demise of Dev Saheb, Never had the privilege of working with him. His attitude has always been an inspiration...'

Shekhar Ravjiani: 'Man I had the privilege to meet once in my life is no more. A legend Mr Dev Anand. God bless his soul.'