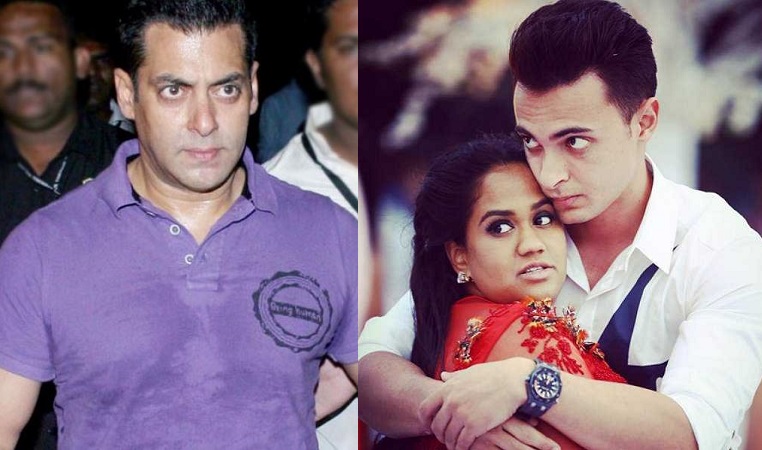 Arpita Khan Sharma's husband Aayush Sharma made his Bollywood debut with the recently released film 'LoveYatri'. The film was produced by Salman Khan under his banner SKF (Salman Khan Films). However, despite getting a grand launch, neither the film sailed nor was Aayush able to prove his caliber.
The film doomed at the Box office and so was Aayush slammed for his poor acting skills!
Now, as per sources, Salman's close friends from the industry had warned him to not risk launching Aayush as he lacks the skill set required to be an actor and Salman too didn't want to launch Aayush.
As per reports in Filmibeat, Salman wasn't at all sure about Aayush but just for the sake of his sister Arpita he took the big risk.
In fact, during an interview with a website, a close friend of Bhaijaan revealed that everyone warned Salman that the film won't work. However, the Superstar could not say "no" to his darling sister.
Salman even tried to cast A-list actresses opposite Aayush, but everyone turned down the offer citing various reasons. Also, all of Salman's director friend refused to direct this film. In the end, Salman had no option but to hunt down a debutant filmmaker to direct the film and a fresh leading lady to star opposite Aayush.
Despite every effort taken by Salman, the film flopped. But, it sure does prove that Salman can go to any lengths to keep his loved ones happy.

+ 2
2 years ago Nepotism at its finest. Glad he flopped but its not the end of him. Will get lead again all thanks to salman