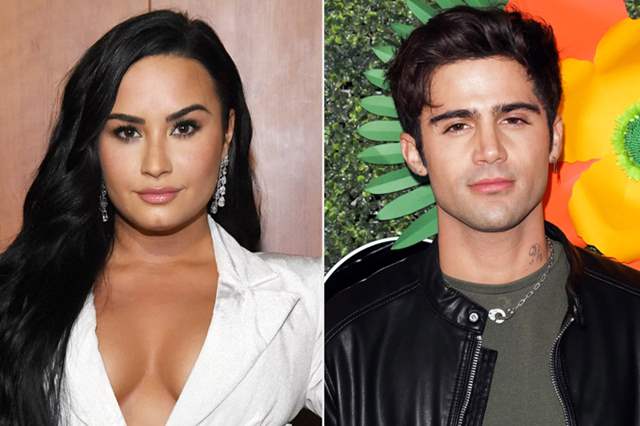 The fans of singer and actor Demi Lovato were in for a pleasant shock recently when it as confirmed by Lovato that she is engaged to Max Ehrich. However, what one did not anticipate was Lovato going on to accidentally leak Ehrich's email address. According to Entertainment Tonight, Lovato accidentally shared Ehrich's address with her millions of followers.

Ehrich  tweeted about the incident on Saturday, writing, "When ur fiancé accidentally leaks your email." He added, "But thank you for the kind emails, haha, much love." Lovato, 27, retweeted the message, telling her fiancé with several crying laughing emojis, "OMG, I'M SO SORRY." Ehrich wrote back, "Love u baby but now u gotta reply to them all, thanks!!!!!! @ddlovato." Lovato responded, "HAahahahaha, also I just realized I’m only following you and I love that, was wondering why you were my entire feed."

Though the "Anyone" singer has more than 55 million followers on Twitter, she is currently only following Ehrich.  The actor also teased his future bride's new music on Sunday, sending Lovatics into a spiral.  "I am so in awe listening to ur new music atm you are gifted beyond words. @ddlovato #D7," he wrote.

This prompted fans to suggest that Ehrich "leak" Lovato's new music in retaliation for her accidental email sharing.  The email leak isn't the first social media snafu the couple has gotten into. Lovato accidentally confirmed their relationship back in March when she walked into Ehrich's Instagram Live.  The couple announced their engagement in late July after four months of dating.

Abhinav Kashyap asks, 'Why are the Khans getting so rattled?' claims ...

My emotional memory helps me shape my character in Anupamaa: ...
56 minutes ago

Barun Sobti says his transformation for Halahal was 'a bit ...
58 minutes ago