View Profile
Sonakshi Sinha has sure been lucky from th 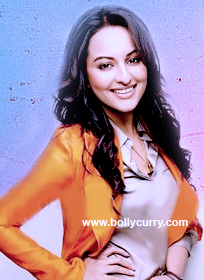 e word go. Question is, is she plain lucky, or genuinely as deserving?


With a debut opposite Salman Khan in a blockbuster and highest grosser of its times, Dabaang, Sona has had the kind of start more than countless many would kill for, and less than count few would ever get. Contemporary divas like Sonam Kapoor maybe all popular, but are yet to scale such heights.

Should it be surprising then, when we hear buzz of the Dabaang girl demanding as much as 2crores per film? Perhaps not.

But is this really what she has earned, or more of what has come her way, luckily!?!

No wonder she is a great competitor to high riding peer ladies just one movie down. With some major endorsements, newer, bigger film offers, and many magazine covers in her kitty already, Sonakshi Sinha promises to catch your attention.

There is no doubt that the actress is here to stay. Your take is?