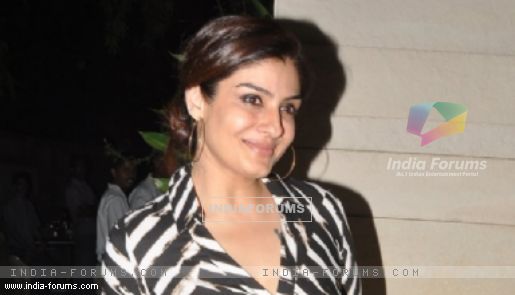 Actress Raveena Tandon feels that the national capital is attracting the attention of a lot of filmmakers with its diverse culture and developing infrastructure.

"Delhi is appealing to more and more movie makers because of its diverse culture, lively people and better infrastructure," Raveena said in a statement.

"I hope the 7AJ World Entertainment will avail all these potential benefits and offers a quality cinema to billions of movie lovers across the world," she added.

"RAB NAA" will be directed by debutant Ravi Sikander Anand.

The story of the musical thriller film will reflect the youth power and challenges, that the young generation faces today. The event also witnessed the first poster of the film.

"Delhi is close to my heart and I love to work here. It is a city of hope for young talent and new people by providing numerous opportunities to work," said the director.

"Auditions for parallel lead roles will start soon across the country & star cast will be announced soon," he added.