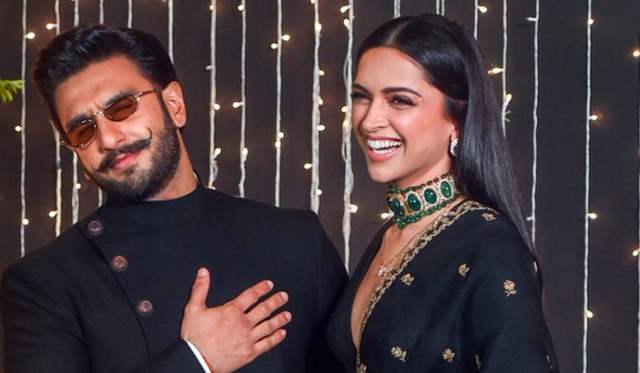 Actor Ranveer Singh has shared a post on Instagram and asked his fans the possibilities they saw.

Reacting to the post, his wife Deepika Padukone commented with a hilarious reply. She wrote, "The possibility of you getting a whack tonight if you don’t make it for dinner on time!"

Several celebs and his fans also reacted to the post dropping heart and fire emojis.

The couple often treat fans to their pictures and funny videos. Deepika has been sharing their videos giving their own twist to viral challenges, like the Buss It Challenge and the Silhouette Challenge. During the Covid-19 lockdown in Mumbai, they frequently shared glimpses of their everyday activities with their followers. 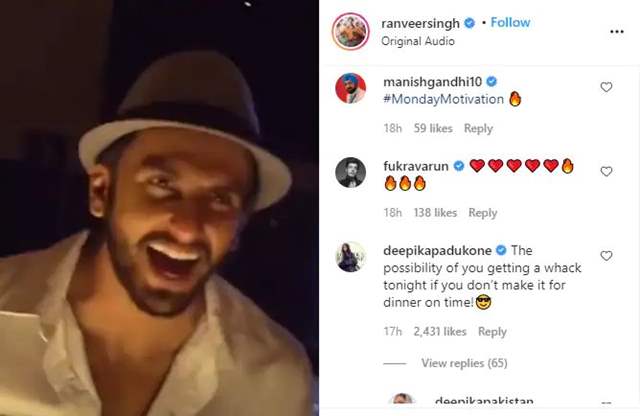 They got married in Italy in 2018 in two ceremonies--a traditional Konkani-style wedding and an Anand Karaj. They fell in love during the filming of Goliyon Ki Raasleela Ram-Leela. The duo was in a relationship for six years before tying the knot.

The couple will be seen together in the upcoming sports drama 83, in which Ranveer plays the role of former cricketer Kapil Dev and Deepika, as his wife Romi Dev. Directed by Kabir Khan, the movie is based on the Indian cricket team’s maiden World Cup victory in 1983. It is scheduled for a theatrical release on June 4.

Meanwhile, Deepika has been filming for Shakun Batra's domestic noir movie with Siddhant Chaturvedi and Ananya Pandey. She is expected to start work alongside Shah Rukh Khan and John Abraham in Pathan. She also has The Intern's Indian adaptation. She will play the lead role along with actor Amitabh Bachchan. Earlier this year, it was also announced that she will be working with Hrithik Roshan on Fighter. She is also a part of Prabhas' upcoming movie.