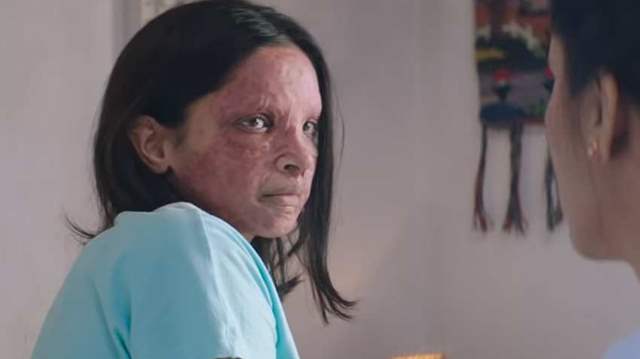 Deepika Padukone's Chhapaak has finally released and has won critical appreciation by one and all for its gripping storyline based on the life of acid attack survivor Laxmi Agarwal. Deepika essayed the role of Malti, inspired from Laxmi’s life in the Meghna Gulzar directorial. The movie has marked a significant opening at the box office with it’s reality-driven and gut wrenching storyline, holding on to its grit.

The movie opened at the box office and collected 4.77 crores on its opening day. The numbers show how Chhapaak has worked more than the recently released films which have a societal narrative and beat to it namely, Mardaani and Article 15.

Deepika has been receiving a lot of appreciation for her portrayal of Malti in the movie from not just fans but critics and industry peers alike. Chhapaak carries a strong social message and highlights the struggles that acid attack survivors face.

The movie was declared tax free in two states even before it was released to the audience and earlier today, Rajasthan also declared Chhapaak as a tax free movie. Even the recent outings of the film have garnered wide appreciation. From the theme song Chhapaak’ to Ab Ladna Hai and Muh Dikhai 2.0, all the campaigns surely are the retrospective mirrors that have been commended.

Even after seven decades of independence, are we really ...
-2 seconds ago