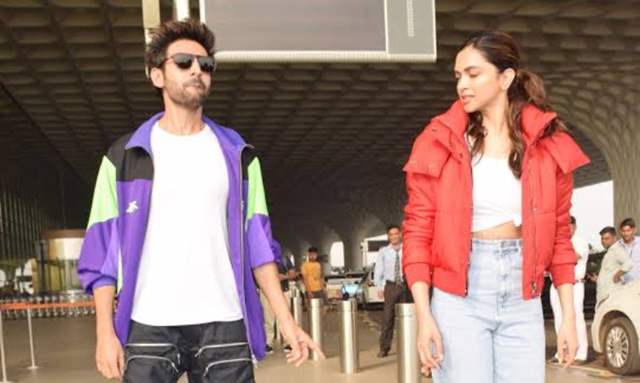 Currently, Kartik Aaryan has been making it to the headlines for his upcoming film Pati Patni Aur Woh. The fans have been eagerly waiting for the film, and there seems to be no end to the controversy.

For the unversed, Bhumi Pednekar, Ananya Panday and Kartik Aaryan have been shooting for their upcoming project and the film addresses the issues related to extramarital affairs. Now, the film has already been in trouble due to it a monologue that that allegedly mocks marital rape.

The film has already been through the worst and with the deteriorating image of the artists, the only way to save the film was roping another big star to promote their film. But who would have thought, the strategy could back-fire so savagely that there would be no choice revival.

On November 30, 2019, Deepika Padukone took to her Instagram handle and shared an Instagram story asking for Kartik Aaryan to teach her the Dheeme Dheeme dance moves. Earlier today, Kartik and Deepika left their fans surprised when they actually took dance classes outside Mumbai airport before flying to their destinations.

Their dance class videos and pictures flooded the Internet and how. But looks like, their recent stunt has left netizens furious and it suddenly back-fired.

Some even questioned the safety norms and the protocols of the airport. A user wrote, “Disgusting. They r using airport for a movie promotion,“ while another said, “Airport became like dance studio.” “So much nonsense at airport. Cheap promotion tactics,” read another comment.

Check out the comments below; 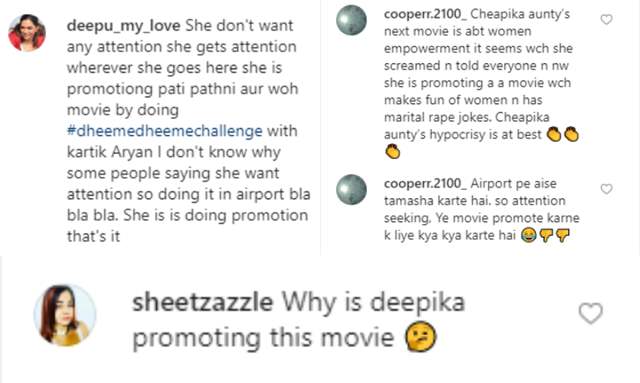 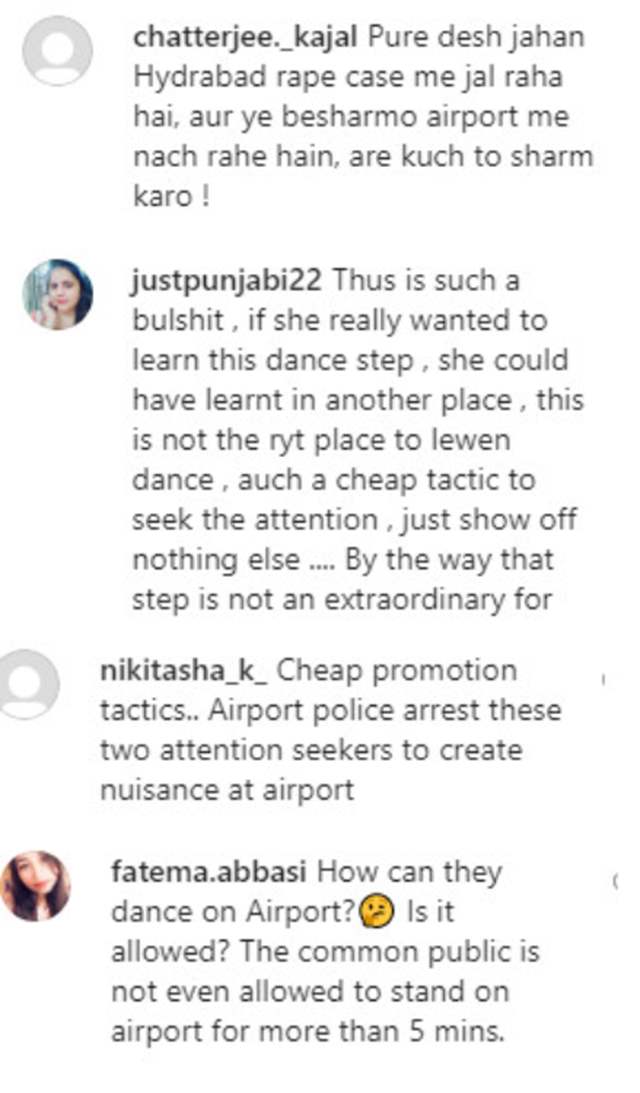