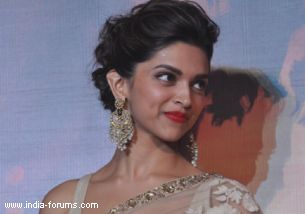 Deepika Padukone, who is busy promoting "Ram Leela", has wrapped up Homi Adajania's English film "Finding Fanny Fernandes" in which she stars opposite Arjun Kapoor.

"It's done, it's finished. I have finished shooting for it. It's called 'Finding Fanny Fernandes'. It's an English film set in Goa and I just came back two days ago, it's already done," the 27-year-old said here Tuesday at the unveiling of the cover of the Star Week magazine featuring her.

Talking about the experience of working with Arjun, Deepika said it was a bit strange for her.

"For me it's a little strange to be working with him, I have known him for many years. I have known him since when he was a fat kid, he was part of a group of friends and I never thought he would become an actor.

"So it's a little surreal, I am extremely proud and I feel very happy for him. The fact that he has got into such good shape, that his first film ('Ishaqzaade') did so well... He is growing with every film. It was surreal but also fun," she added.

Reacting to reports that she would be a part of the profits of "Finding Fanny Fernandes", Deepika said: "I am not too comfortable talking aboout it. These are not things that we discuss. I don't ask you how much salary you get. So it's a little irrelevant, it doesn't matter."