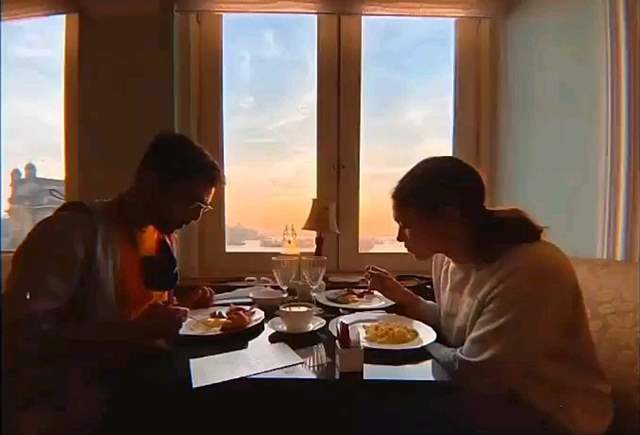 Siddhant Chaturvedi has become a household name with his tod-fod entry into Bollywood with Gully Boy, where he played the character of MC Sher. Since then, he has made a place in people's hearts as a young dynamo. His fandom has risen rapidly over the past 1 year and now has a trail of films lined up.

Siddhant Chaturvedi is traveling back and forth from Mumbai to Goa, and now Alibaug to shoot for Shakun Batra's untitled next. His rapport with co-star Deepika Padukone is seen as they make news everytime they are spotted together.

Earlier today, Siddhant took to his social media to post a story, giving away a series of images where the actor has captured his director and co-actor at the table having supper and the sun rays running down on the table leaving everything else a-glow.

With these images, Siddhant also added the song 'Here comes the sun' by The Beatles.

We are just waiting eagerly for this banger of a project to be presented. Siddhant Chaturvedi is all set to grace the screens with his performance.

Siddhant had a really productive lockdown, he released his debut single 'Dhoop' which was an easy entry to everyone's Playlist. Focusing on fitness throughout the lockdown, he made sure to step out and get that chiseled and toned body.

The actor recently wrapped up the shoot for Bunty Aur Babli 2 and was soon seen starting shoot for Shakun Batra's untitled next. He will soon start shooting for Phone Bhoot.

Deepika Reveals How Busy She is: "I have multiple films lined up, No ...