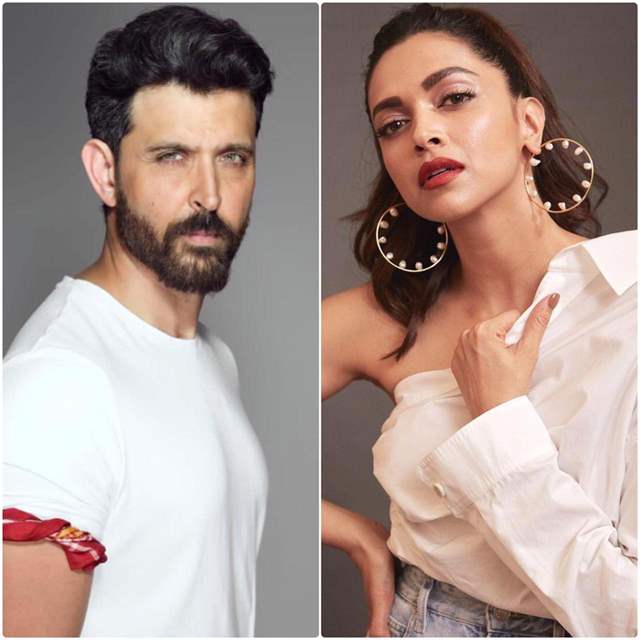 Hrithik Roshan penned down a very sweet message while wishing Padmaavat actress, Deepika Padukone on her birthday, which was on January 5th.

He tweeted, “Happy Birthday my dear @deepikapadukone! Keep shining and dazzling the world like only you do. Best wishes, always (Sunflower Emoji)"

Among many other celebrity wishes for Deepika Padukone, Hrithik Roshan’s wish for the actress stood out and caught the attention of fans.

And now it’s Deepika’s response to the wishes that’s melting hearts of the fans once again.

The actress replied saying “Thank You so much HR! (Red Heart Emoji)

Now for another big celebration coming up in a couple of days...!(Slice of Cake, Champagne Bottle, Cheers Emoji) @iHrithik"

While some fans are hoping that the actress is hinting at a film announcement together, others are saying that the celebration is for Hrithik Roshan’s birthday, which is also just a few days apart, on January 10th. His fans are super excited for that day and have already begun the countdown.

However, each time Hrithik and Deepika’s names come together, fans start rooting for them to collaborate for a film. Well, if that becomes a reality, it’s going to be the best news of the year.

With both being such talented and good looking people, we understand why there’s so much excitement around them as a pair.

Funny29 15 days ago Deepika & Hrithik I hope it is a movie, the two would make a great movie couple.

zee112 16 days ago I feel she's talking about Hrithik's birthday, but I do want to see them together in a movie!