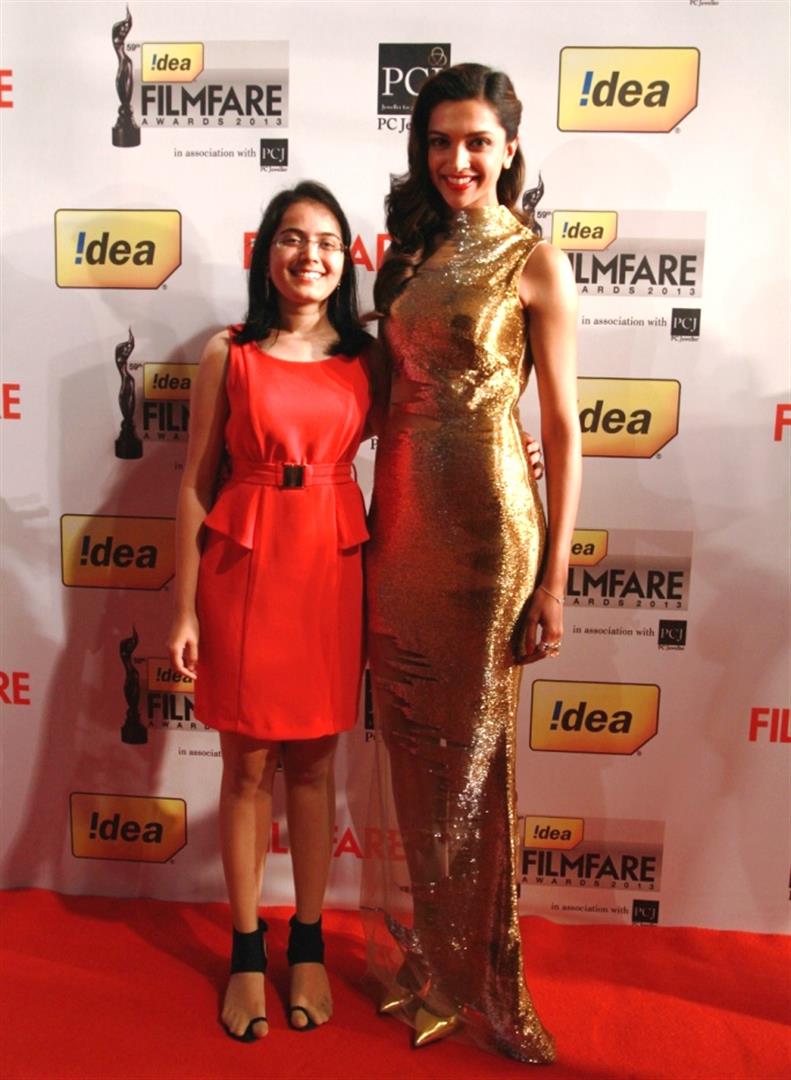 Deepika took a fan to Filmfare award night where she was felicitated. Since then her fan mail has almost doubled.

Over the last month 5 girls used to regularly stand outside Deepika's building in Prabhadevi. The girls used to hang around till wee hours trying to gauge the time she arrives or trying to spot her car. They wanted to meet her.

One of the days Deepika's team bought this to her notice, she immediately requested her team to call them in the building premises.

She interacted with the girls and spoke to them about various things. They had a hearty conversation.

When the girls shared that they have been trying to meet her since a month and have been waiting till odd hours Deepika got concerned. She introduced the girls to her manager and asked them to be in touch with her rather than waiting outside. She was concerned about their security.

While Deepika was interacting with her facebook fans early this week, they came again to meet the young actor. They wanted gift her something they had made for her.

Deepika has been overwhelmed with the reactions she has been receiving from her fans. Even on Facebook the no. of her fans has galloped.

Even during the Facebook chat she was heartened with the exchange. They spoke to her about her films, the characters she has essayed Veronica, Naina, Meenamma, Leela and also recited many of her dialogues.