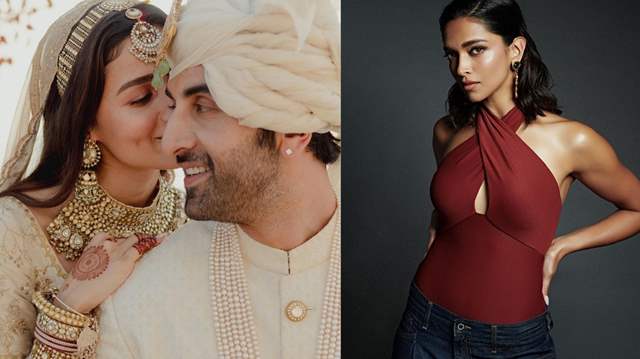 The anticipation and speculation finally came to an end today as the most awaited wedding of Alia Bhatt and Ranbir Kapoor took place. The couple tied the knot in an intimate ceremony at Ranbir's house Vastu with close friends and relatives in attendance.

Few hours after the wedding, Alia Bhatt took to her Instagram handle and shared a bunch of pictures with Ranbir from their wedding ceremony. The pictures made fans go into a frenzy and fawn over the couple.

Alia's post was flooded with comments and wishes from fans and friends all across the country but one comment which caught our attention was of Deepika's.

Deepika Padukone also made her way to Alia's post and wrote, "Wishing you both a lifetime of love, light and laughter".

For the unversed Deepika Padukone and Ranbir Kapoor shared a history and also dated for few years.

Alia Bhatt and Ranbir looked stunning in their wedding outfits which exuded royalty. However Alia Bhatt made a statement with her sheer ivory saree and a minimal makeup look. Ranbir glistened and looked dapper in his ethnic ensemble.

The couple have been dating for more than 4 years and now finally can be deemed as husband and wife.

As per reports Ranbir and Alia will have a grand reception on April 17th in Taj hotel. The guest list is prepared yet there hasn't been any official confirmation regarding this from the actors. 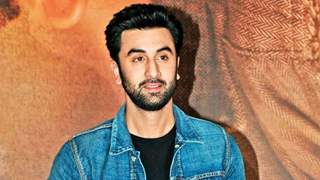