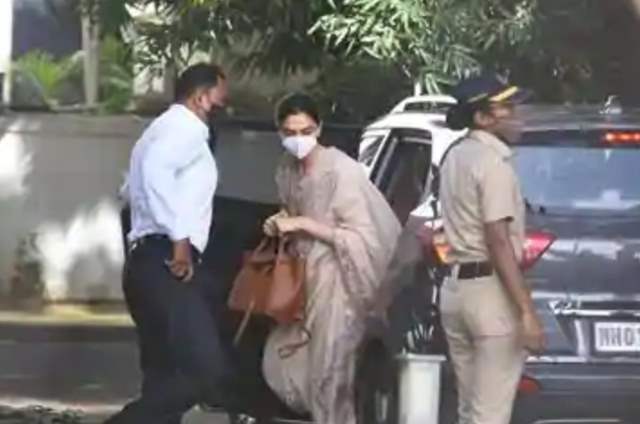 Deepika was summoned by the NCB after a set of WhatsApp chats exchanged between her and her manager Karishma Prakash allegedly discussing drugs went viral.

The actress will reportedly be questioned about the alleged drug chats, her party at Koko club in 2017 and if other Bollywood stars had also attended the party.

Rumours made the rounds that Ranveer Singh had contacted the NCB requesting to join Deepika during the questioning. However, sources from the agency later clarified not receiving any such requests.

On Saturday, Deepika was spotted visiting the NCB guesthouse alone.