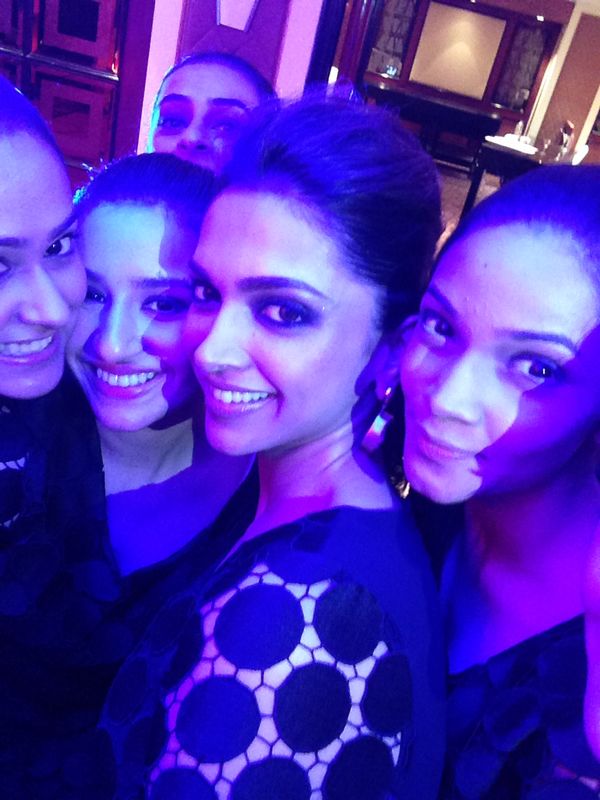 The selfie that was taken at the Oscars 2014 garnered a lot of attention and had become extremely popular. A lot was spoken about the selfie taken at the event which went on to become a trend in itself.

After that selfie, it is Deepika's fans that recently insisted on having a selfie with her rather than the usual photograph.

Deepika Padukone, who personally took time off and groomed 10 of her fans to make their ramp debut, was seen clicking plenty of selfies with her fans backstage at the event which are getting viraled everywhere now through her fans.
7 Likes