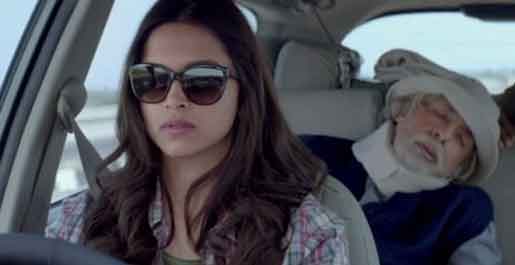 Actor Irrfan Khan is impressed by how his "Piku" co-star Deepika Padukone can continue to do glamorous roles on the big screen, but she chooses to be experimental with her roles.

"I think Deepika is eager to play different characters and she wants to explore herself as an actress...that's very interesting. She is number one in this industry and she can keep on doing these glamorous roles and can secure her space in the industry, but she is experimenting," Irrfan said here.

Directed by Shoojit Sircar and written by Juhi Chaturvedi, "Piku" also features megastar Amitabh Bachchan in a key role. The film is slated to release on May 8.