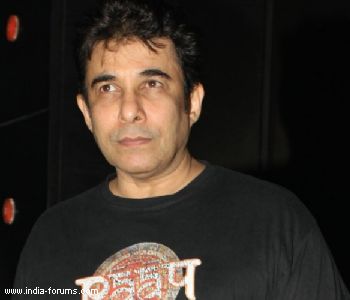 Actor-turned-filmmaker Deepak Tijori is on a lookout for a new face for his next untitled directorial venture, which has a women-centric plot.

To be produced under Denis Selarka and Mehul Simaria's new banner Blue Berry Films Pvt Ltd., the movie is set to be a suspense thriller.

According to a new source, they are keen to launch a new face in Bollywood.

Director Kabir Kaushik, whose movie "Maximum" is set to hit screens Friday, loved working with Naseeruddin Shah, and hopes the audience will love the movie.

"I am extremely honoured to have Naseer sir in the film. The film is based on crime and police. It's a complete package and I am sure the audience will appreciate the hard work we've put in," said Kaushik.

Kumar Taurani is excited that his next comedy offering "Jayanta Bhai Ki Luv Story", which stars Vivek Oberoi, is coming out in October.

"We are happy to announce our next venture 'Jayanta Bhai Ki Luv Story' will release in October. The shoots have been on schedule and we are very excited with the way things are shaping up. We can't wait for the film to hit theatres," Taurani of Tips Industries, said in a statement.

About the film, Markan said: "It is about how we fall in love unknowingly with people we least expect to. It is not a westernised clone, but a true Indian rom-com that's light hearted, sensitive and entertaining."

The movie went on floors in March, and the crew expects to complete the filming by July end.

"We finished our first location. Khotachiwadi (in Mumbai) was a beautiful setting and lent itself so perfectly to the scenes. Both Vivek and Neha were extremely supportive of the gruelling schedule," added Markan.