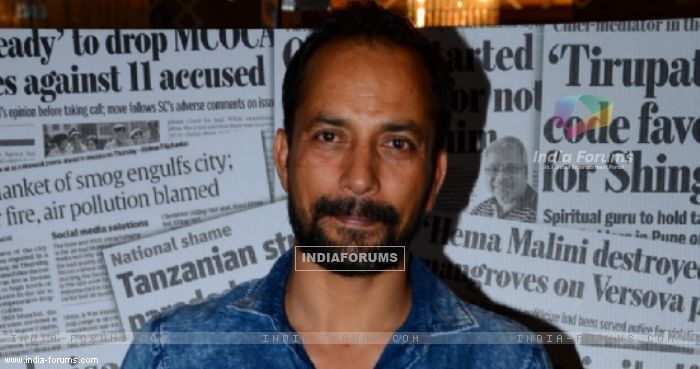 Deepak Dobriyal is enjoying his success after "Hindi Medium" and says that the film completely changed his image as an actor. He also says that he now wants to "rescue" late Kundan Shah's short film soon.

"The film changed my image as a comic actor. As the father of an economically challenged family desperate to see his son go to an English medium school, I got a chance to stop being funny," said Deepak.

"The biggest compliment I've received is that I made audiences cry in Hindi Medium. During a year of box office setbacks, I am proud to say our film has made substantial profits," he added.

Deepak now wants to retrieve rescue and release his mentor Kundan Shah's short film "Hero" which was shot live on a railway station in Mumbai for 7 days.

"It was the most challenging performance of my career. Everyday for a week Kundan Shah and I would descend on platform no 5 of Goregaon station, and I'd be told to do my own thing.

"Everyone passing-by stared at me performing all kinds of weird stunts and antics. By the third day even the tea seller on the platform knew me. We just shot live without worrying about the results," he said.

The actor remembers the experience and the director with much pleasure.

"Kundan Sir was my brother , my mentor. He would unabashedly hold my hand and we'd take long walks together. When we shot this short film we were like two boys on a rampage doing whatever came to our minds.

"Kundan Sir wanted me in his last film P Se PM Tak. But I was unable to do it. He is gone and my film with him remains unreleased. I am trying my best to get it released, if not for my sake then Kundan's sake," he said.

Right now Deepak is excited about Akshat Verma's "Kaalakaandi" where he along with Vijay Raaz play two gangsters.

"We play two greedy gangsters and we had a ball shooting together. Vijay is my neighbour. We'd travel together every day to the shooting discussing how to interpret the day's scenes. The fact that Vijay is such a talented co-actor definitely helped me give my best," he said.