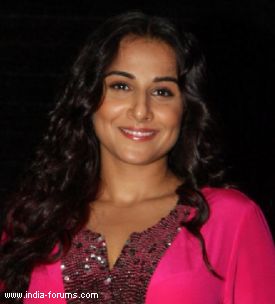 Named for the Padma Shri Saturday, Bollywood actress Vidya Balan found herself "running out of words" to describe her "gratitude". The National award winning talent, who is "overwhelmed", has dedicated the fourth highest civilian award to her family.

"To be receiving this honour from the government of my country is a matter of great pride for me and I dedicate this award to my family who make me, me," she added.

She made her cinematic debut in 2005 with "Parineeta", an adaptation of a 1914 eponymous Bengali novel. She then proved her versatility film after film. Her strong presence and performance in films like "Paa", "Ishqiya","No One Killed Jessica" and "Kahaani" have made her a sought after name in the Hindi film industry.

Her most power-packed performance came in the form of "The Dirty Picture", where her portrayal of southern sex siren Silk Smitha won her a best actress National award.

"How Lockdown has Encouraged Makers to Utilize Technology in place of ...