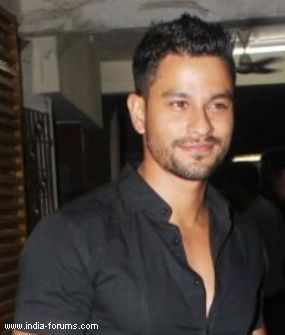 Actor Kunal Khemu, who recently and suddenly proposed to his lady love Soha Ali Khan in Paris, says the engagement was pre-planned, but also something he did on impulse. He's glad he managed to pull off a surprise.

"It had to be! I had to take friends into confidence in Paris to get me the ring. But I managed to keep my proposal plans completely hidden from Soha," Kunal said.

The couple was on a month-long European holiday when the thought of proposing to the love of his life occurred to him.

"We were on a 26-27 day holiday in Europe. We went to several cities including London and Rome. Paris was not part of our travel plan. I added Paris to our holiday destinations, so I could propose to her in the most romantic city in the world," he added.

Soha would often find Kunal smiling to himself as they travelled to Paris.

"I had to use all my acting skills to hide my Parisian plans from Soha. But all the effort was finally worth it when I saw her face after I proposed to her," he said.

After Soha said 'yes' to Kunal, she took to Twitter Wednesday to announce the news to the world.

Talking about Soha's idea of sharing the news via an online social networking platform, Kunal said: "We both are basically very private people. We don't like put our lives on any social media platform. However, Soha took to Twitter to announce our engagement only so that she would be able to say exactly how she wanted to.

"This is a very special occasion for both of us. And Soha wanted to choose all the right words personally."

The announcement has, however, opened up questions from family and friends as to why they weren't taken into confidence.

In the couple's defence, Kunal said: "We didn't plan my proposal. I decided on Paris for the proposal on an impulse. And I am glad I did."

Kunal denies any family pressure to make the relationship official.

"Neither Soha's mother nor my parents have ever shown any anxiety about the profile of our relationship. They're happy to see us happy," he said.

Kunal didn't feel any pressure about marriage until now.

"When I proposed to her, I only did what seemed natural. Only now do we feel that we've taken our relationship to another level through the proposal," he said, adding that there is no immediate marriage plan.

"Soha and I are like a married couple. We already feel married. We live together and share everything like a normal couple. We see no reason to make our relationship any more official than it already is.

"However, this may change any time. I didn't know I was going to propose to Soha until I actually started planning it all of a sudden, as a surprise to her. Likewise, we may surprise ourselves by getting married, who knows? But like I said, there's no parental pressure to get married," said the actor, whose next film is titled "Guddu Ka Gun".