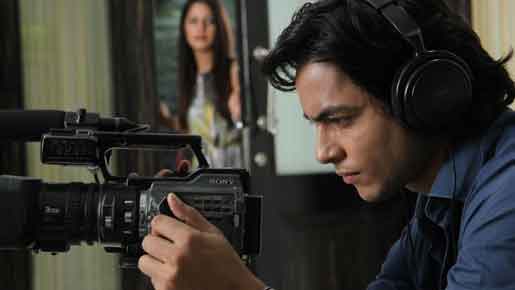 Debutante Actor Manish Chaudhary has taken the Bollywood scene by storm. He's playing a journalist in his upcoming movie 'Trip to Bhangarh'.

According to sources, Manish is playing the character of Jai, a college heartthrob, in the flick. Like in real life, in reel life too, he is a singer-songwriter-guitarist. He finds his way in the field of media and soon becomes a journalist.

Before the shooting began, Manish referred Journalist case studies and even bought books on journalism. He would closely watch news channels to get the jargons right. He would practice their stance and style of speaking for long hours and was completely drowned by the character he was to portray.

In the Film, Jai (Manish Chaudhary) is shown researching about haunted places in India, and is intrigued by Bhangarh and sets out on a trip there with his college friends.

Directed by Jitendra Pawar and presented by Anita Nandwani and Yatin Nandwani, 'Trip to Bhangarh' is a good bend of humour and horror. It is set in one of the most mysterious places in India and has a very different yet, disturbing storyline that hooks you since the first minute.
0 Likes

Prince Narula & Yuvika Chaudhary Had COVID-19 Before Having Dengue