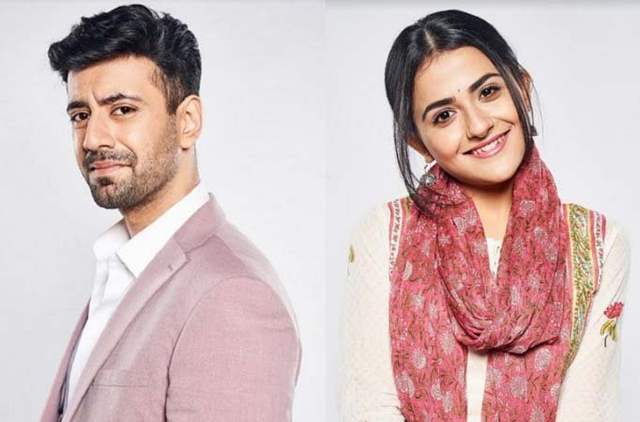 Shaurya Aur Anokhi Ki Kahani featuring Debattama Saha and Karanvir Sharma in the lead roles has been doing great with the fans and the show sure seems to be grabbing a lot of eyeballs. With a fresh new show, fans also got a chance to see a fresh jodi on screen, and one of the things that makes the show special is the lead pair. With constant twists and turns and some absolutely amazing chemistry between the leading duo, the show has been going places.

Ask Debattama about her bond with her co-star, and she says how she was scared at first to shoot with him since he has done so much work and used to be quiet and talk to others. She revealed how she observes people first and he did not use to speak to him and she prayed to God wondering how will she make a rapport with him and what'll happen to their pairing if they don't interact. She mentioned how there was no chemistry and she was hoping he starts talking to her while they will figure things out later.

She added, ''We slowly started talking to each other and now our bond is extremely great. It is such fun to work with him. We keep teasing each other. We have so much masti before the shot and immediately get into our character once the camera starts rolling.''

Well, it looks like they have indeed developed quite the bond and it shows on screen as well.

Waiting for months for her track, Bhavna gets replaced unknowingly in ...

19 days ago Their onscreen chemistry is beautiful. Their characters started off onscreen awkwardly and maybe it helped that they didn’t know each other well because it really did translate on the show. Now they have warmed up to each other and their comfort level is coming across beautifully onscreen now. My favorite show!

22 days ago ShaKhi are love. Both are doing great

23 days ago And look at her now. She is not only slaying it as Anokhi, they are nailing it as ShaKhi now. The offscreen bond plays a big role in onscreen chemistry. Theirs reflect with much ease.

23 days ago DebVir have a great off screen bond ❤️

23 days ago Their bond adds more charm to their characters. Their offscreen masti is as awesome as their onscreen chemistry. Love Shaurya Aur Anokhi Ki Kahani😍